BLS Web is a web-based enterprise application software company selling to the healthcare industry, specializing in helping companies manage patient data related to chiropractic examinations and treatment results. The application is designed to be simple to use, with an intuitive user interface, while the application itself is built on a complex rule-based engine. Complex report generation capabilities are also supported by the application.

Inforaise started the project using two teams. One was focused on support for repair of key customer satisfaction issues and the other on re-engineering the base application to move it to a more robust and secure three-tiered architecture. The teams were later merged so the overall project load could be better balanced as work progressed. Inforaise successfully migrated the data to the new application with minimal downtime.

Inforaise initially deployed separate dedicated teams for support, maintenance and engineering tasks. The team members were quick to understand the functionality of the application, which enabled them to troubleshoot problems in the existing code base. By establishing these teams, each was able to focus on a different aspect of the key issues with appropriate expertise. For example, the re-engineering team was focused on the design and development of the enterprise-class web application using Microsoft technologies. When the teams were later merged, the project benefited by having the former support team members develop some of the functional requirements for the yet to be developed new code base, resulting in a lower overall project cost. The core technical team provided the design and core of the application. Upon completion of the core engineering and application functionality, the team members were rotated to other assignments while new members were added to handle the complex Crystal Reports phase. In the end, the project was finished as originally scheduled and launched on time. 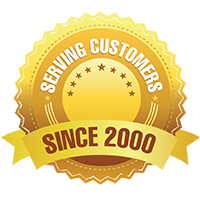 Thank you!
Your message has been sent successfully.